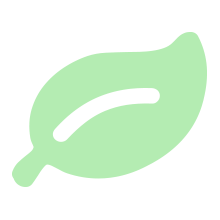 One day Pastor Yohan and I met an old man who was suffering from pancreatic cancer. He was given three months to live. Due to the pain he could not straighten his body. He could eat liquid food only. We visited him at his house where we met his wife and daughter-in-law. Pastor Yohan preached to them about the healing power of God. He explained to the man and his family that if he believed in the love and grace of God, his illness could be healed by faith.

“Praise the LORD, O my soul; all my inmost being, praise his holy name. Praise the LORD, O my soul, and forget not all his benefits-who forgives all your sins and heals all your diseases, who redeems your life from the pit and crowns you with love and compassion, who satisfies your desires with good things so that your youth is renewed like the eagle’s.” (Psalms 103:1-5)

“But for you who revere my name, the sun of righteousness will rise with healing in its wings. And you will go out and leap like calves released from the stall.” (Malachi 4:2)

Pastor Yohan also preached to them that God had sent Jesus Christ to the world to save us. Whoever believes in Him will be redeemed from sin, become the children of God (John 1:12), and receive eternal life (John 3:16). Through Jesus Christ God granted believers His healing power and authority of God.

“He called his twelve disciples to him and gave them authority to drive out evil spirits and to heal every disease and sickness.” (Matthew 10:1)

“And these signs will accompany those who believe: In my name they will drive out demons; they will speak in new tongues; they will pick up snakes with their hands; and when they drink deadly poison, it will not hurt them at all; they will place their hands on sick people, and they will get well.” (Mark 16:17-18)

After Pastor Yohan’s preaching, the man with pancreatic cancer, his wife, and his daughter-in law were saved by accepting Jesus Christ as their savior. All of them believed that God would heal the cancer. The man wanted us to put our hands on him and to pray for healing. We let him lie down on a couch, and prayed to God for him wholeheartedly. As soon as our prayer was done, he shouted with excitement that he felt the lump of cancer melt away and was assured of being healed. We noticed that his body was no longer bent, but had straightened up. He asked his daughter-in-law to prepare a regular meal for him. He was confident he had no need for liquid food. He had a normal meal with us that night. He was no longer a cancer patient. The entire family experiencing in God’s healing power promised to go to church every Sunday and to serve God with sincere faith. I give honor and glory to God!

“According to Your Faith Will It Be Done to You”

One day during my prayer I heard the voice of God: “I will give life to the dead.” To fulfill what He said, I decided to go out for a street evangelism. My hope was to find any dead person whom God planned to save. I went into a beauty salon to distribute church booklets on the gospel. The hair dresser looked at me for a moment and told me to wait inside. She went out to look for her customer who had just left. She brought the customer back to the beauty salon to have her talk to me. The customer burst into tears and talked about her sister-in-law who had been in a coma for several weeks. Her sister-in-law used to be healthy and a hard worker working at a nail salon without much trouble in her life. One day while she was on her way back home, she felt a severely sharp pain in her head and passed out in the car. She was taken to an emergency room and found it to be a brain tumor. After the third brain operation, she fell into a coma with unknown causes. She was kept in a hospital room. I rushed to visit the patient at the hospital. Her mother was in the patient’s room. As soon as I saw the patient, I heard the voice of God again: “It’s her! I’ll make her come to life again.” She had trouble in her blood circulation because she was lying down on the bed all the time. Her mother was giving her a massage to stimulate the circulation. I sat down next to her bed and read Bible verses aloud. I also preached to her about the healing power of God.

“Then Jesus answered, “Woman, you have great faith! Your request is granted.” And her daughter was healed from that very hour. (Matthew 15:28)

“As Jesus went on from there, two blind men followed him, calling out, “Have mercy on us, Son of David!” When he had gone indoors, the blind men came to him, and he asked them, “Do you believe that I am able to do this?” “Yes, Lord,” they replied. Then he touched their eyes and said,

“According to your faith will it be done to you”; and their sight was restored. Jesus warned them sternly, “See that no one knows about this.” (Matthew 9:27-30

The patient’s mother sobbed because she saw tears coming out of her daughter’s eyes. I realized although her body fell into coma, her brain was awake. She was able to hear and understand what I preached. I was more fully convinced that God would make her alive. Everyday I visited her to preach and to read the Bible for her. As time passed, the doctors in the hospital gave up on her and persuaded her family to donate her organs. By signing the document the hospital bills would be waived and the funeral cost would be free of charge. They were considering the doctors’ suggestion seriously. I expressed strong objection to it and told them to give her more time. They did not seem to know what to do. Due to my busy church schedule, I cut my visit to her for several days. When I went back there, no one was found in the patient’s room. With a shock I hurriedly grabbed a nurse passing by in the hallway and asked about the patient. The nurse smiled at me and kindly answered my question. It was a miracle that the patient woke up from the coma so suddenly. She was in rehabilitation by walking with her mother on the other side of hallway. Hallelujah!!

As Jesus Christ said, according to her faith, she was revived. Her faith made God’s plan fulfilled. I glorify the Almighty God!

The Most Capable Dentist

Last December I went to see a dentist because of the pain I had in my back tooth on the left side. The X-rays showed severe inflammation under the tooth. The dentist said I needed a root

canal and a replacement for the tooth. It would take over a month and cost a lot. However, I had no other choice.

During the treatment, the dentist discovered that I had problems in several other teeth. A rough estimate for the treatment was over $4,000. I let out a long sigh because of the high cost and the amount of time I knew the process would take up. But again, I had no choice. By chance I talked to Pastor Elisha about my teeth problem during my Spiritual Healing Counseling. She suggested me to ask God in prayer to fix the teeth. I had never heard that God could fix teeth at that time. It was hard to believe. Soon it came to my mind that God is almighty and anything is possible. Pastor Elisha prayed earnestly with me. While we were praying, I felt burning and a dull pain in my teeth. I could tell that God was working on my teeth. After our prayer, I felt the same as if I had just had received treatment at the dentist’s. Pastor Elisha said all my teeth except for the one under the dentist’s care would be like new because she asked God to make them new. I was sure of it by faith. The next day I went to see the dentist to finish up the back tooth. He was not able to detect the problems he had given me a rough estimate for previously. I said to myself in my mind, “I know you can’t find them because God has already fixed them.” I just smiled. I should have asked God before I started the treatment for my left back tooth. When He fixed my teeth, no anesthesia, pain or cost was involved. God is the most capable dentist in the world. I am very much thankful for His help. Thank you, God!

Mom, I Am Healed!

My five-year old son who had played well all day long suddenly passed out in his bed. He was sweating with a high fever. He was crying with complaints of a severe headache. I was shocked and frustrated. Before I took him to the emergency room, I called Pastor Elisha. She questioned me about what kinds of food my son had on that day and other usual things. As she could not detect any problems with my son, she started to focus on spiritual aspects. She asked me and my husband to think over any wrongdoings or sins to repent for. Then, she prayed for my son over the phone. “Dear God, you are always kind and merciful. Because you love us so much, you answer our prayer every time. Your beloved ones are desperately asking your help for their little son suffering from a high fever with a severe headache. They don’t know what the problem is. I am wondering if they have committed any sins or wrongdoings for which Satan can accuse them of before You. Please help them remember the sin they must repent. I am sure you will help them be completely cleansed and covered with the blood of Jesus Christ, and become pure and righteous before You. In Jesus’ name, Amen.” Pastor Elisha cast out the unclean spirits in my son in the authority of Jesus’ name. I and my husband prayed with repentance for a few minutes. Before she hung up the phone, she made sure that we believed that God healed him. My husband and I removed our hands from our son’s head and comforted him. “Can you get up? God has healed you.” He got up and said, “Mom, I am healed. God did it!” I did not see the severe fever and headache he was suffering from a few minutes ago. He was back to an energetic boy again as usual. It was amazing to experience the healing power of God. I also understood more clearly how important our daily repentance is. I must be washed with the blood of Jesus everyday. That is the best way to overcome our daily spiritual warfare. I very much thank the living God!
Top